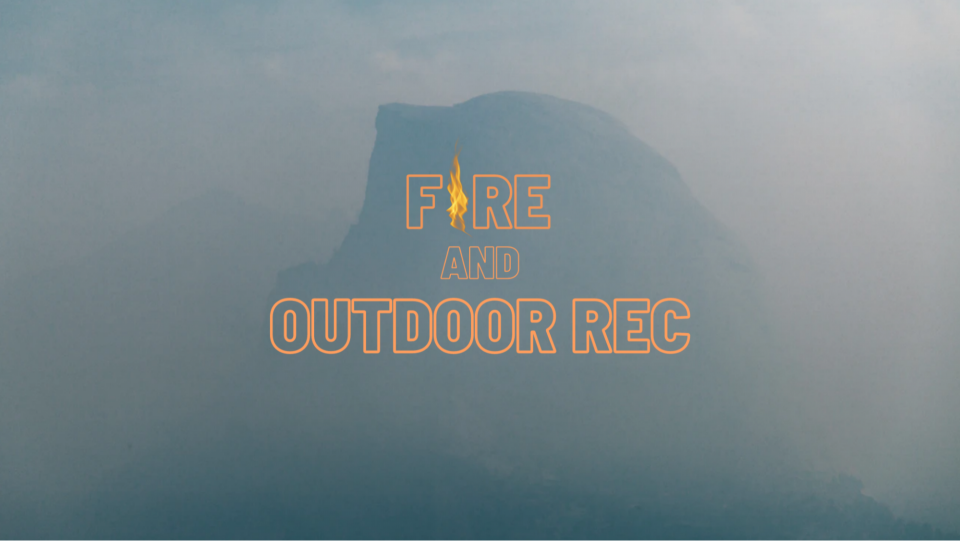 In 2018 the smoke from the Camp Fire became a hazard for the entire California central valley. During the fire, Sacramento was recorded as the most polluted city on the planet, with a PM2.5 reading of 225.4. The smoke was dangerous enough that Sacramento State, along with Peak Adventures and all other campus operations, were forced to close. This was only one of several massive fires that have occurred in the last few years. But why are fires worsening in California, and how will they impact outdoor recreation? 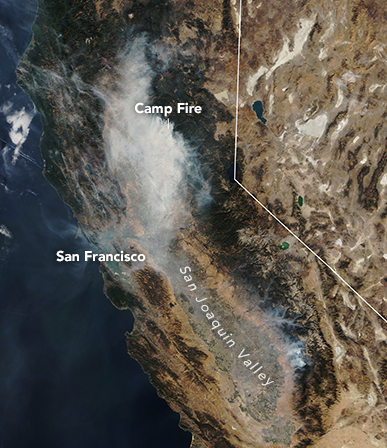 One reason fires are increasing in intensity is due to the rapidly changing climate. On April 8th, the National Oceanic and Atmospheric Administration (NOAA) detected the highest level of CO2 in the atmosphere in human history. Rising CO2 and other greenhouse gases (GHG) are changing the climate at an unnatural rate. The rapid rate of human-based climate change will have severe impacts on the environment, which could have implications for the outdoor industry. 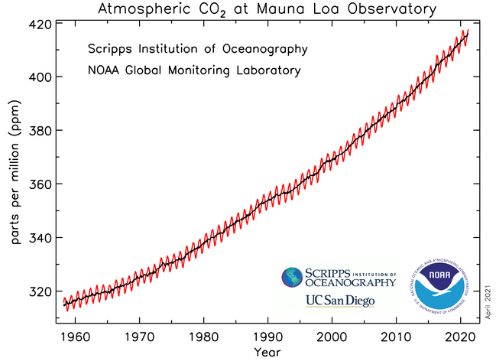 Greenhouses gasses are named after the fact that they are heat trapping, just like glass around a greenhouse. This is why areas of California have seen a rise in temperature of about 1.44° F since 1984. While this might not seem like a lot, this small number can have a massive impact on the environment. As a result, California’s rainy season has shrunk significantly. There will be less precipitation events throughout the year. Vegetation will have less access to water throughout the year, which increases the fuel load (amount of burnable, dead vegetation) of wildland areas. Rising temperatures will also reduce the amount of precipitation as snow, which will reduce the snowpack and create further water insecurity. 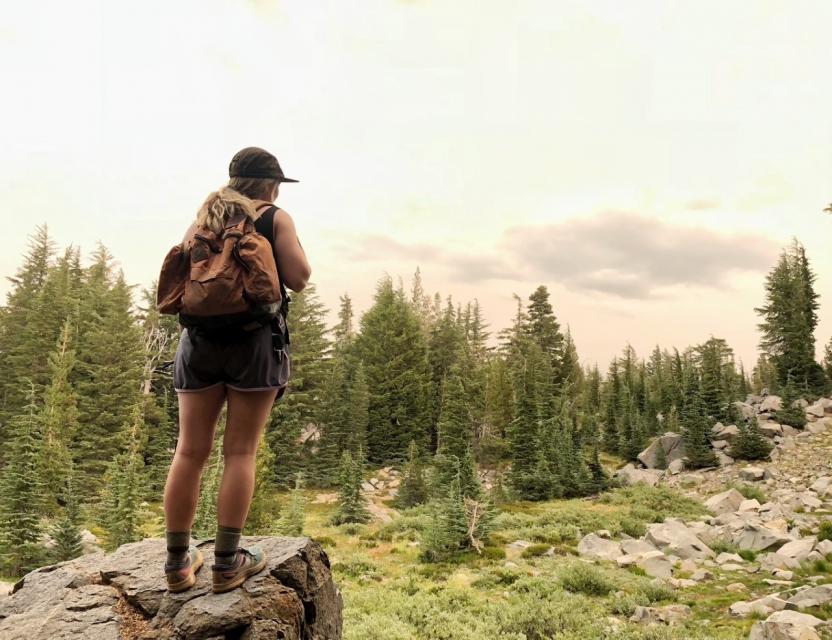 Fire is a natural part of many ecosystems in California, however, fire activity in California has been worsening. For many decades there was little known about the benefits of fire towards forest ecosystems, so they were put out, or “suppressed”, instantly. Fire suppression leads to a buildup of flammable materials in our forest, allowing fires to burn hotter and move quicker. Over time, fire management has shifted away from fire suppression, embracing prescribed burning methods that indigenous tribes had already practiced for countless generations. While years of fire suppression has increased fuel loads, the warming climate is responsible for creating conditions that promote more extreme fires. According to Cal Fire, 17 of the 20 largest wildfires in California occurred in the 21st century.  These extreme fires are not only destructive, but create hazardous smoke. Smoke is especially hazardous when human-built structures are burned, releasing dangerous chemicals into the air. Outdoor activities become risky when there are high concentrations of smoke in the air. According to the CDC, exposure to smoke can cause a wide range of health problems, and put people with chronic lung or heart disease at greater risk.

Before the Covid-19 pandemic, wildfires were primarily the reason national parks would be forced to close. Closures due to fire may become more frequent and regular as the climate continues to warm. Worsening wildfires are impacting outdoor recreation as we know it. Worsening fires will cause severe damage to forests and other wildlands we love. 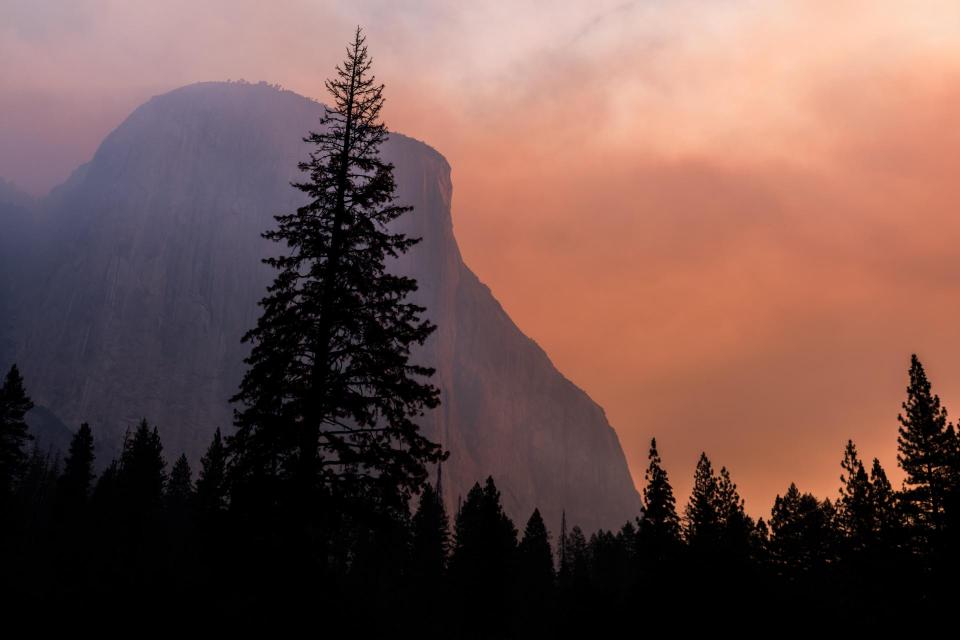 If you have to be outside when there is smoke, make sure you are actively protecting yourself. Wearing a mask can protect you from potentially serious illnesses. One of the main issues with smoke is the release of PM2.5, which are small particles that can cause damage to your lungs. These particulates can even travel through certain masks or improvised face coverings. When there is hazardous smoke make sure to use at least an N95 mask, which are rated for PM2.5. If possible, avoid going outside when health advisors say the air is hazardous, as masks are not a perfect solution. Regardless, It is always a good idea to buy a mask ahead of when disaster strikes. 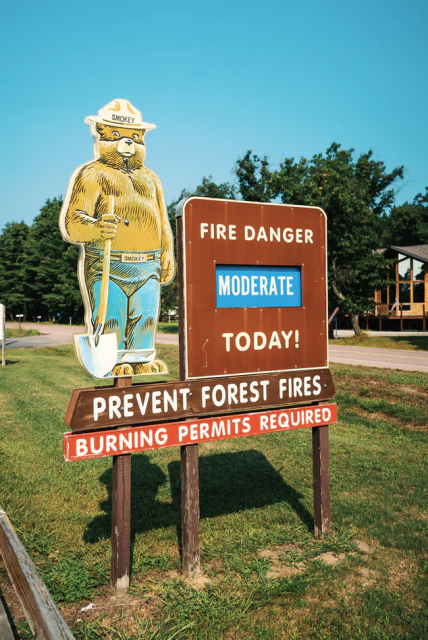 When visiting wildland areas make sure you are taking precautions, especially during fire season. Stay aware of fire danger signs and any red flag warning in the area. These indicate if the weather conditions are hot and dry enough for fire activity. Make sure to follow any regulations regarding camp fires, since many public parks have restrictions during fire season.

If we want fires to stop increasing in intensity, climate change will need to be addressed. The two biggest sources of carbon are in the electricity sector (25%) and the transportation sector (29%). One way to help prevent further carbon releases is to support legislation that focuses on reducing carbon outputs. You can also change habits in your own life, such as reducing your own electrical usage or limiting driving.

While reducing carbon inputs can greatly help the environment, greenhouse gases that have been released will continue to sit in our atmosphere for years. The way to solve this problem is through Carbon sequestration; removing the carbon from the atmosphere through biological or chemical processes. One of the most effective ways to remove carbon is through existing natural ecosystems such as forests, wetlands, and ocean reefs. By supporting restoration efforts to increase the health of these ecosystems, carbon can more effectively be sequestered. The public land that we use for outdoor recreation is very important for sequestering carbon and stabilizing our climate.

Stay safe out there this fire season!

This item appears in

Back
This item appears in: